An anniversary gift for corporate employees typically means a handful of vacation days, a plaque with the employee’s name etched on it or swag with the company’s logo. PB&J Restaurants, Inc., an Overland Park-area business, shows their appreciation quite powerfully, as they gift Harley-Davidson motorcycles to employees on their 15 year anniversary.

PB&J began in 1987 and owns many restaurants in the area, including YaYa’s, Paradise Diner, Burnt End BBQ and Red Robin. The motorcycle gifts started when a waiter casually asked what employee benefits he’d get after working there for 15 years. PB&J founder Paul Khoury asked him what he wanted, and the waiter said that he’d love a motorcycle. When his 15 year anniversary came around, Khoury made it happen. And the tradition continued.

Current company president Pat Khoury, Paul’s son, says it’s important to invest in and show appreciation to employees. “People are so thankful when they receive it,” he says, adding that it creates celebratory culture in the workplace and encourages longevity with the company. He says that if things go as planned, by the summer of 2020, PB&J will have given away almost 100 Harleys.

PB&J hosts a company party at the Worlds of Fun Grand Pavilion every year on the Fourth of July — this is when employees are presented with their motorcycles.

It’s not uncommon for employees at PB&J to prepare for their monumental anniversary. “I’ll overhear employees saying things like, ‘I’ve only got two years left until 15’ or ‘I’m on year 10, only five to go,” Pat Khoury says. “It’s a one-of-a-kind gift that people get excited for.”

After employees receive their motorcycle, Pat says they can do with it what they please. Some people choose not to keep it, he says, and sell the motorcycle to buy something else like a vacation. The people that do decide to take theirs out on the road make sure they’re motorcycle certified before it’s gifted to them.

“One of our executive chefs right now is taking motorcycle lessons this weekend, since his anniversary is coming up and he wants to be ready,” Pat says.

“We want to show appreciation for our employees,” Pat says, as he understands how tough the restaurant industry is and how long the hours are. “It doesn’t matter if you’re a dish washer, bartender, executive chef, hostess or host — everyone will get one. Our business doesn’t thrive without these great people, and we want to recognize their hard work and loyalty to us.” 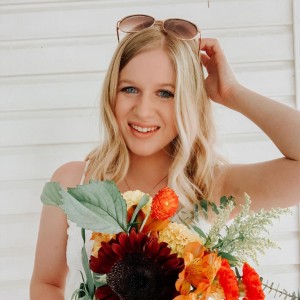